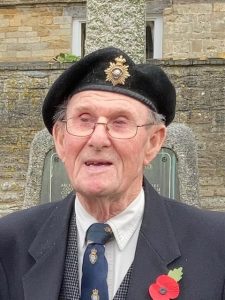 He became a Freeman of the Hundred and Borough of Cricklade in 2014 and was very proud of that recognition. He served in the RAF for many years but had made Cricklade his home for around 50 years.

He was a very active member of the Royal British Legion and was the inspiration behind many of the events that the Court and the Legion had jointly undertaken over the years. He was such a community minded person and worked tirelessly within the Town. His passing is such a sad loss.

Our condolences go to his wife, Ingrid, and his children. 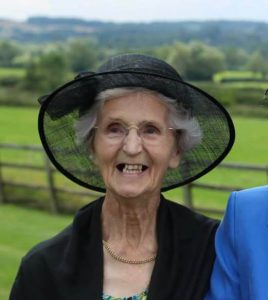 Kathleen was made a Freeman of the Borough in 1993 for services to the Town. The citation records that she served 32 years as a Town councillor, latterly as Vice Chair and 19 concurrent years as a member of North Wilts District Council.  She was an active member of the United Church and was actively involved in so many aspects of the Cricklade Community. There will be many people who have had their lives influenced by her kindness, caring and understanding personality. END_OF_DOCUMENT_TOKEN_TO_BE_REPLACED 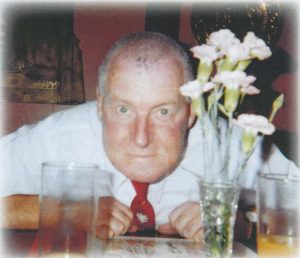 The Court is sad to report the passing of one of its long-time members, Eddie Wells.

Eddie served the Court as both Juror and Haywarden and was well known in Cricklade as a fine bowls player, funeral director, retained fireman and postman.

The Aletaster and High Bailiff attended his funeral on Thursday 17th June 2021 at St Sampson’s Church along with many of his friends and family.

He will be sadly missed.

On behalf of the Officers and Jurors of The Manorial Court of the Hundred and Borough of Cricklade, I would like to express our deep condolences and great sadness to H.M. The Queen and the rest of the Royal family over the passing of The Duke of Edinburgh.

Sadly the commemoration event VE75  planned for Friday 8th May and the Beating the Bounds walk on Sunday 17th May have been cancelled. These are truly difficult times and we hope everyone remains safe and well.

Cricklade Court Leet is delighted to have been awarded a Heritage Lottery Grant of £33, 400 for North Meadow . The Court will use part of this grant to purchase 5.5 acres of North Meadow, previously held in private ownership. This land will then become a permanent part of the National Nature Reserve. END_OF_DOCUMENT_TOKEN_TO_BE_REPLACED