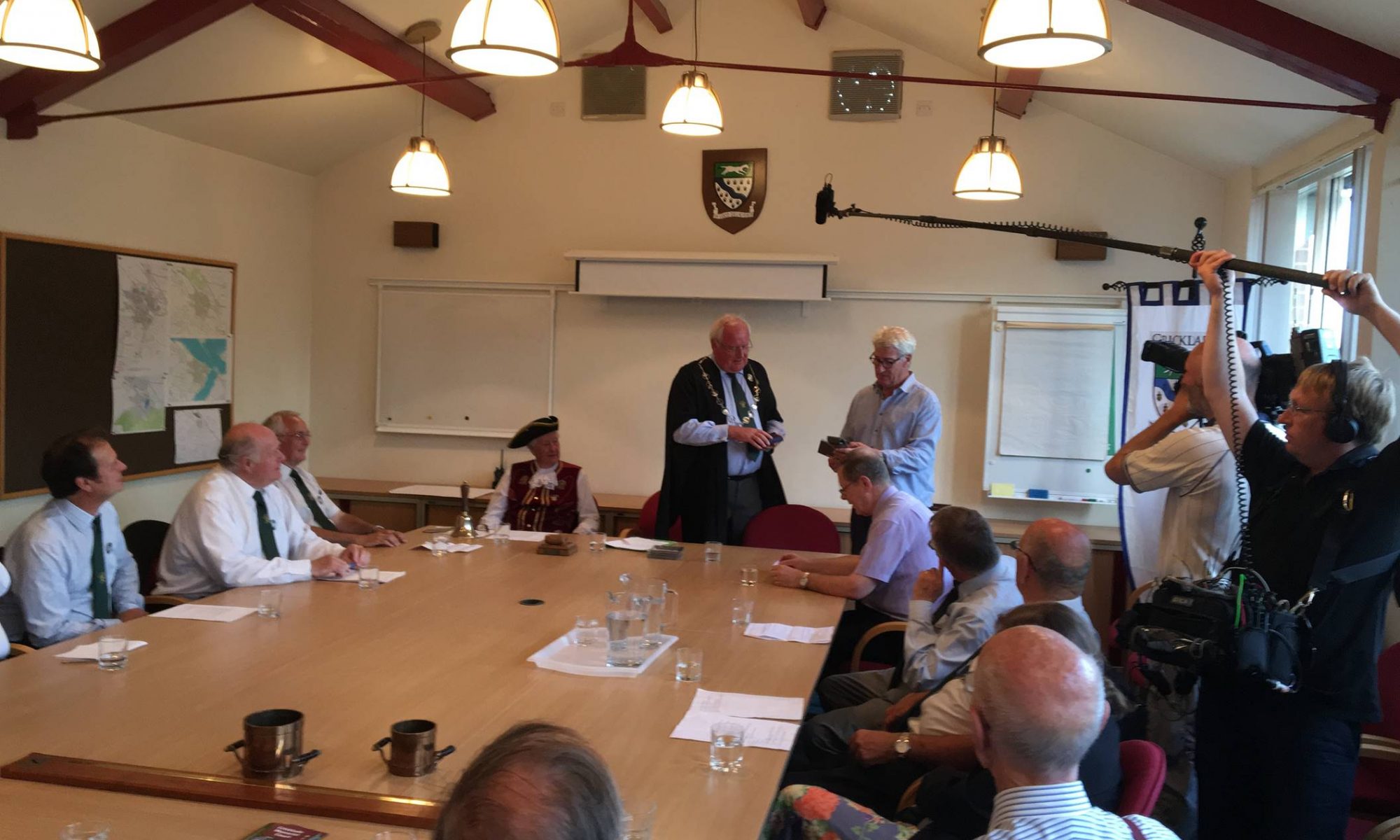 Jeremy Paxman and the production team of the Channel 4 series “Rivers” visited Cricklade to record an episode of series for broadcasting on 26th March 2017. Jeremy walked part of North Meadow with High Bailiff (Clive Smith), Haywarden (John Barratt) and several other members of the Court. An explanation was given about the close relationship between the Court and  the management of North Meadow throughout the year,  Winter flooding, Spring Fritillary season, Summer/ Autumn haymaking and grazing to complete the year.

This was followed by a Court Meeting to show how the ancient court works in this modern day and age.